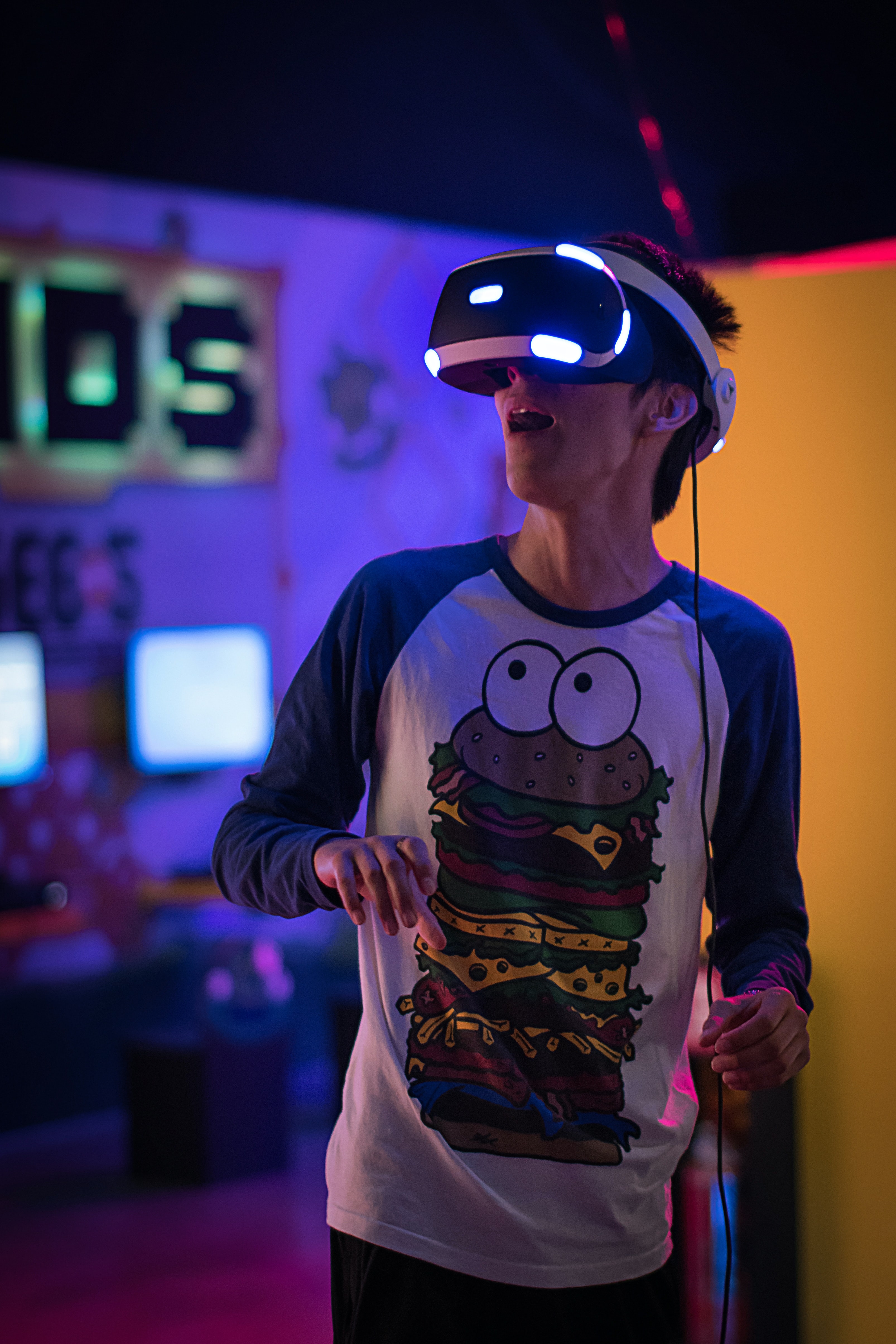 Metaverse Trademark Filings in China: Protecting Brands While the Law Catches Up

As the concept of a unified “metaverse” is gaining traction, savvy brand owners are shifting their focus to securing rights in this emerging
Amy Hsiao
|
August 31, 2022

“Unlike Korea, although China is keen tobecome a leading country in the metaverse space, it has not yet created newsubclasses for virtual goods and services. As such, most U.S.-based metaversedescriptions are almost guaranteed to be rejected.”

Asthe concept of a unified “metaverse” is gaining traction, savvy brand ownersare shifting their focus to securing rights in this emerging sector. In pursuitof intellectual property (IP) rights, individuals and corporations are turningto metaverse trademark filings to provide protection for goods and services inthe virtual world. As of the summer of 2022, the China National IntellectualProperty Administration (CNIPA) has received more than 16,000 applications thateither contain the word “METAVERSE” (in English or its Chinese translation:“YUAN YUZHOU,” or both) or that include descriptions of goods and services inthe virtual world, or both. These applications were filed by individuals aswell as companies (big and small, both foreign and domestic). The rejectionrate for traditional trademark applications in China is typically high, around 60-70%,at least in the first instance. However, the rejection rate for these newmetaverse applications is even higher, hovering around 80%.

Theprimary refusal ground is that this type of application is likely to “misleadconsumers.” CNIPA, as always, falls short on providing further explanations andcontext regarding this refusal ground and therefore leaves the grounds open tointerpretation. Some contend that this is rooted in the belief that the generalpublic may be confused regarding the use cases of such goods and services(virtual world vs. physical world); others believe that the CNIPA’s refusalground is justified, especially when the underlying products and services havenothing to do with metaverse use. Either way, the bottom line is that this typeof trademark application is very likely to encounter two stages of refusals,with the first stage centering around a prima facie consideration of the“allowable” descriptions of underlying goods and services (whether thedescription is “standard” under China’s practice) and the second stage relatingto substantive examinations, which are mostly related to the absolute grounddiscussed above.

Thisarticle focuses on the first stage of refusal and answers three questions: (a) Havethere been new subclasses and subgroups created in China to accommodate thistype of goods/service description?; (b) What are the key subclasses underChina’s Trademark System that are most likely to cover goods and servicesoffered in the metaverse?; and (c) What is CNIPA’s approach to “non-standard”metaverse descriptions?

TheUnited States and Korea both have been leading the way to approve descriptionsrelating to virtual goods and services. Take Korea as an example: sinceNovember 2011, the government has announced a detailed five-year plan with thegoal to build itself as one of the foremost metaverse jurisdictions. With thesupport of the government, the Korea Intellectual Property Office (KIPO) hasprovided specific guidance relating to the “Examination of TrademarkApplications Covering Virtual Goods” (“Guidance”); this Guidance becameeffective as of July 14, 2022. According to this Guidance, general descriptionssuch as “virtual goods” are not allowed (no surprise there) as the descriptionmust be detailed and specific. The exact subclass classification of the virtualservices is largely dependent on the existing classification of such services inreal world analogs—as such, “concert/entertainment services in the virtualworld” is classified under Class 41, and “retail store and online retail store services relatingto virtual goods, digital assets and digital collectibles in the field oftechnology, sport, arts, entertainment, and popular culture” falls under Class35. In a departure from the CNIPA’s approach in China (discussed below), theexciting development in Korea is that KIPO has actually created new subclasses soas to accommodate this type of goods and services – most of which fall underClasses 09, 35 and 41. The Korean courts have generally adopted the principlethat although there might be differences between the exact goods in thephysical world versus the virtual world (in other words, coverage in thephysical world may not extend to coverage of the same goods in the virtualworld), there might nevertheless be similarities between the virtual goods, solong as such goods are generally held as similar in the physical world underthe Korean subclass system.

UnlikeKorea, although China is keen to become a leading country in the metaversespace, it has not yet created new subclasses for virtual goods and services. Assuch, most U.S.-based metaverse descriptions are almost guaranteed to berejected (except for a known few instances, discussed below). Similar totraditional trademark applications, an applicant does not have much leeway inarguing why a specific description should be accepted, even by providing (extensive)use materials. Instead, the CNIPA uses a take-it-or-leave-it approach; if theapplicant fails to convert the description to “standard” descriptions underChina’s practice, the entire application will be rejected in full without asecond chance to address the issue or the opportunity to advance to thesubstantive review stage. As a result, descriptions such as “electronic walletcreated with blockchain-based software technology and smart contracts” and “electronicproducts for use in online virtual worlds” should either be deleted or beamended to the standard China description in the relevant class – in this case:“downloadable software” under subclass 0901 of Class 09.

In light of CNIPA’s general reluctance to add new subclasses for these types of goods and services, the preferred approach to date is to identify the core subclasses based on the underlying identification as if they were in the real physical world. For example, products relating to “downloadable mobile images authenticated by non-fungible tokens (NFTs)” will be perceived as “downloadable software” which will be classified under subclass 0901. At the moment, virtual products largely fall under Class 09; services in the virtual world are mostly capturedby Classes 35, 41 and 42 – specifically, subclasses 3501-3503, 4105, and 4220.

Since early 2022, the Chinese government hasissued a number of regulations that are aimed to discourage the zeal for the metaverse space. For example, in February 2022, the China Banking InsuranceRegulatory Commission issued an alert discouraging fundraising activities in themetaverse (for example, real estate investment in the virtual world). Despitethe government’s cautious approach, there’s no denying that the metaverse craze is likely to stay (at least for a while). The good news is that we’ve alreadyseen positive (and informal) movement in the CNIPA’s examination standards, includingthe rare acceptance of descriptions that deviate from the “standard” Chinesedescriptions such as “computer hardware for use in online virtual worlds, recorded computer software to download virtual goods.” In fact, in Class42, although there’s no new subclass or subgroup created specifically for the services in the virtual world, descriptions such as “Design and development of virtual reality software” are generally acceptable.

Encouraging as this may be, the CNIPA examinersare notoriously not bound by precedent. Just because a descriptionis accepted in one application does not mean the same will be so in futureapplications. However, it is a welcome sign that CNIPA is open to non-standarddescriptions of goods and services in the virtual world even though theauthorities have not yet taken affirmative steps to create new subclasses andsubgroups like Korea did.

Arguments can be made that before new categoriesare created, companies should not invest resources in seeking coverage in thisspace; after all, if a brand’s house mark already covers sufficient subclasses,the new filings are not likely to “gain” additional coverage even though newdescriptions are being allowed – after all, the rare instance of an acceptednon-standard description will still only provide coverage for the samesubclasses as standard descriptions. Conversely, arguments can be made to support additional filings at the moment because otherwise brand owners wouldneed to depend on China’s Unfair Competition law to address unauthorizedtrademark uses in the virtual world. In countries where the trademark systemstraditionally follow the “registration is king” principle, relying on common law rights is not only expensive but also unreliable, and may even result inloss of rights. So, if budget-permitting, new applications are likely thesafest course to protect a brand use in the virtual world; if budget islimited, relying on existing coverage is not a bad idea either, so long as theregistration covers the necessary and appropriate subclasses.